Top 10 Most Romantic Songs for the Couples to Dance on their Sangeet Night!

Shaadivaale made a list of top 10 most romantic songs for the couples to dance on their Sangeet. 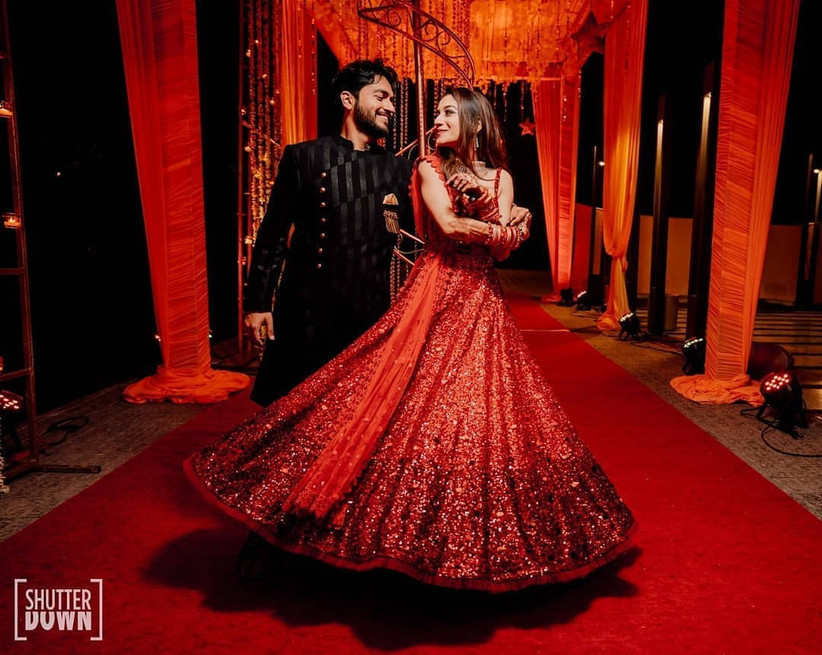 Shaadivaale made a list of top 10 most romantic songs for the couples to dance on their Sangeet. The greatest aspect of Indian weddings is that the festival of love and togetherness is finished over a time of 3 to 4 days, really giving the couple & their families time to soak up the special moment that joins them together forever.Just before the big day, the sangeet event full of choreographed dance performances and a DJ party later that night helps the families to gel up and loosen their stress to fun dance moves. What's more, among the most anticipated performances is the one between the bride and the groom. picking the right soundtrack is important. We have already done the work for you. Find below 10 romantic songs for couples perfect for their sangeet night or first dance. Some of them are cheesy, others are fun, but all convey the feelings of your budding romance beautifully.

A soulful number featuring Salman Khan and Katrina Kaif, Dil Diyan Gallan became a fan favorite as soon as it was released.The song was dedicated to lovers in huge numbers and became the anthem in wedding sangeet performances of couples. The lyrics are wonderful and the calming tone will certainly attract everyone's eyes to your couple's sangeet dance.

"Teri meri aysi jud gayi kahani, ke jud jata jese do nadiyon ka pani, mujhe aage tere sath behna feed" shows no one can write romantic lyrics better than Ayushman Khurana? His most recent number from Shubh Mangal Zyada Savdhaan is a sweet melody to dance with your other half on the sangeet night. Also, it makes for a delightful couple section tune as well. Any list of romantic songs for couples will be incomplete without the mention of this soothing track from now on.

While Kabir Singh acquired a lot of  controversy(for the appropriate reasons), on the off chance that there's something beneficial about the film - it's certainly the amazing soundtrack replete with romantic numbers that touch your heart straight. One of them is Mere Sohneya Ve. Set with the background when Kabir and Preeti at long last rejoin, a melting song with meaningful lyrics will automatically set a lovely vibe for your performance.Groove to the soothing beats and spark the air with love with this latest couple dance song

Share your strong bond and love with the world on this heart-warming number with creative lyrics and charming composition.Because of the balanced toned, it will be an easier song to choreograph as the steps won’t have to be changed so frequently. So, basically the ideal choice for couples who aren’t dancing fanatics but still want to do good on stage. You know you can’t go wrong with a soothing soundtrack like that of Paaniyon Sa.

One of the most recent Bollywood romantic songs for couples that begin with a slow,soothing melody and ultimately bind together to create a reverberant, melodious tone. An amazing track for couples who need to make an imprint with their dance performance among the observers. In the case of nothing else, it would be so amusing to rehearse and perform on this profound and smooth number. You realize your adoration has no limits, thus a tune that mirrors the unique idea of affection is a heavenly pick.

Dance to this tuneful number on the sangeet night and let them in on let them know your strong partnership with the beautiful dance. This will leave your visitors saying, "they are only so into one another! It's wonderful!". You can create major love goals and include slow, romantic dance steps to make them hoot *one more time* after the show is done. A hit couple sangeet performance is assured with ‘Afreen Afreen’.

Atif Aslam's melodious voice adds the much-needed love affair into the romance of the songs, which will reflect in your sangeet couple execution as well! 'Jeene Laga Hoon' is brimming with deep lyrics that will make the dance with your significant other so special.Imagine looking into each other’s eyes while the expressive words are playing in the background. Magical, right?? That is the thing this couple dance melody make your performance and will be the cherry on the top to the beginning of your wedded life.

Old is gold. There's no beating the tone,lyrics, and profound tunes of melody tracks from old Bollywood tunes. In the event that you're hoping to add an old Hindi tune to your couple dance execution list, Badan Par Sitare Lapete Hue is an energetic and feet-tapping number to follow! Your crowd will be amazed also. One of the most popular songs from our parent’s time that will attract the guests and create a scintillating performance on your special night.

Jab We Met is one of the most revered heartfelt films ever,and its playlist tops the romanticism soundtrack too! While for a bridal solo performance, you can pick *Yeh Ishq Hai*, for your couple dance performance, *Tum Se Hi* is pretty much great. Start with this beautiful track to fill the evening’s vibe with love and then, add a few other melodious tracks to finish off your rendition. This song flawlessly lays out the concept of pure love towards your partner, and it will give you butterflies dancing on the song with your other half.

‍Shaadivaale, being India’s fastest growing wedding planning platform is your one-stop solution for finding all the vendors in your budget. If you would like to get in touch with vendors in your city, find vendors with Shaadivaale today

Shaadivaale made a list of top 10 most romantic songs for the couples to dance on their Sangeet. 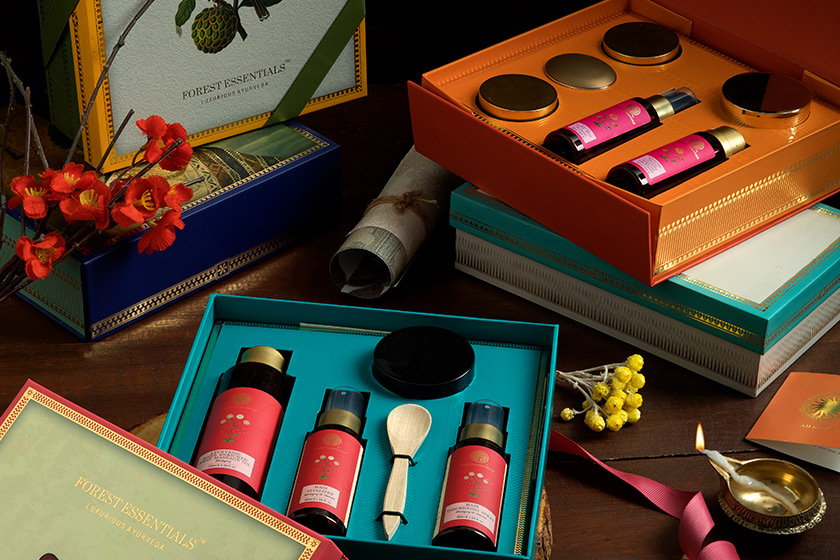 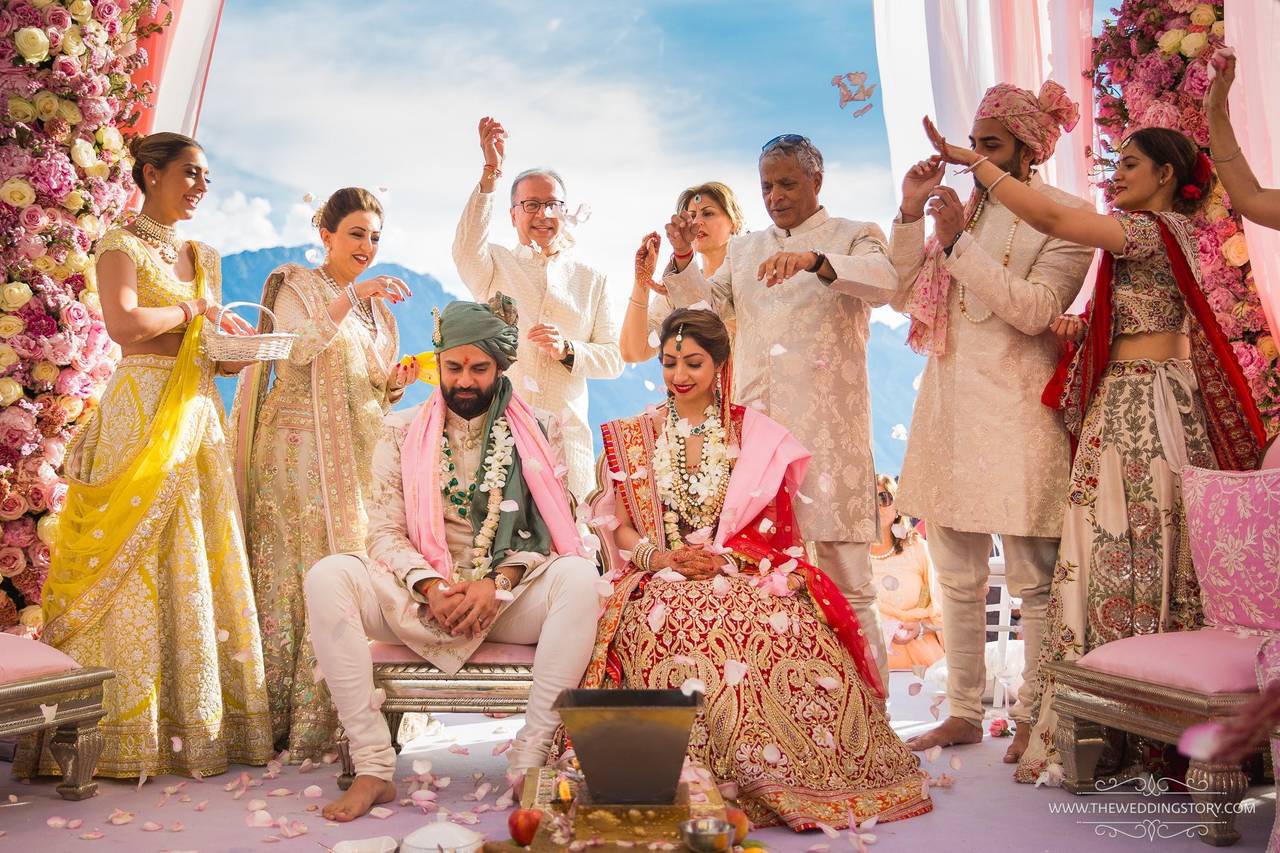 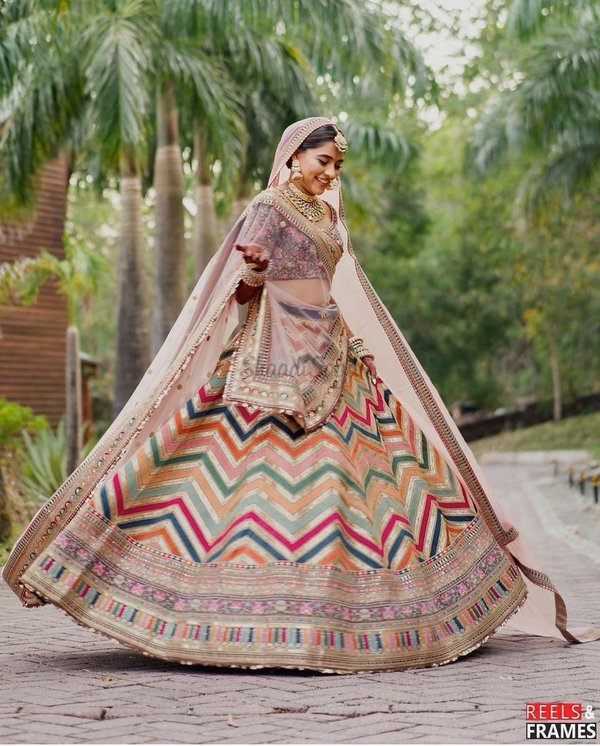